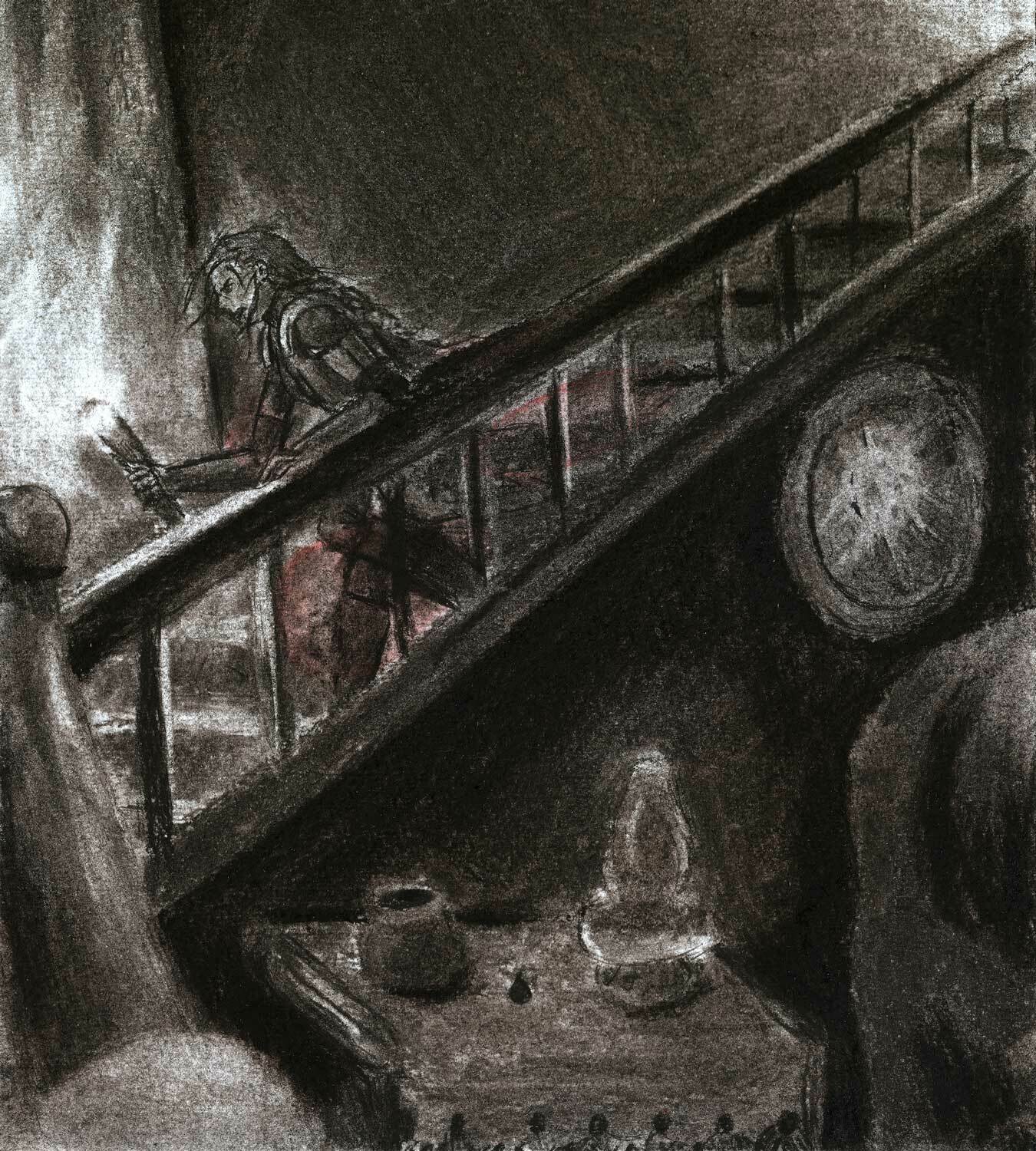 This is a piece I submitted for a small Columbus, OH gallery held at Wild Goose Creative. The gallery was Comics vs Art IV: The Gods Have Spoken. The theme was that local cartoonists each chose a piece of classic art inspired by religion or mythology. Mine was of Gudrun setting fire to Attila's palace in Germanic or Norse mythology.

I chose it because of the backstory. In mythos Gudrun was married to Atli after he murders her brothers. She eventually gets her revenge by burning his home while he is away at battle. It reflects this character as her own anger culumates into giving into some dark forces. After her first act of revenge, it is too late to turn back.

The piece is in charcoal, with some small washes of red around the woman's armor. I meant for this to be the form of the spirits taking their hold over her. I was waiting to complete the full drawing until after my webcam arrived to stream it. I barely finished this in time for the submission approval. Up to that point I was doing a lot of character design work and environmental sketching. I looked at old house listings for inspiration.