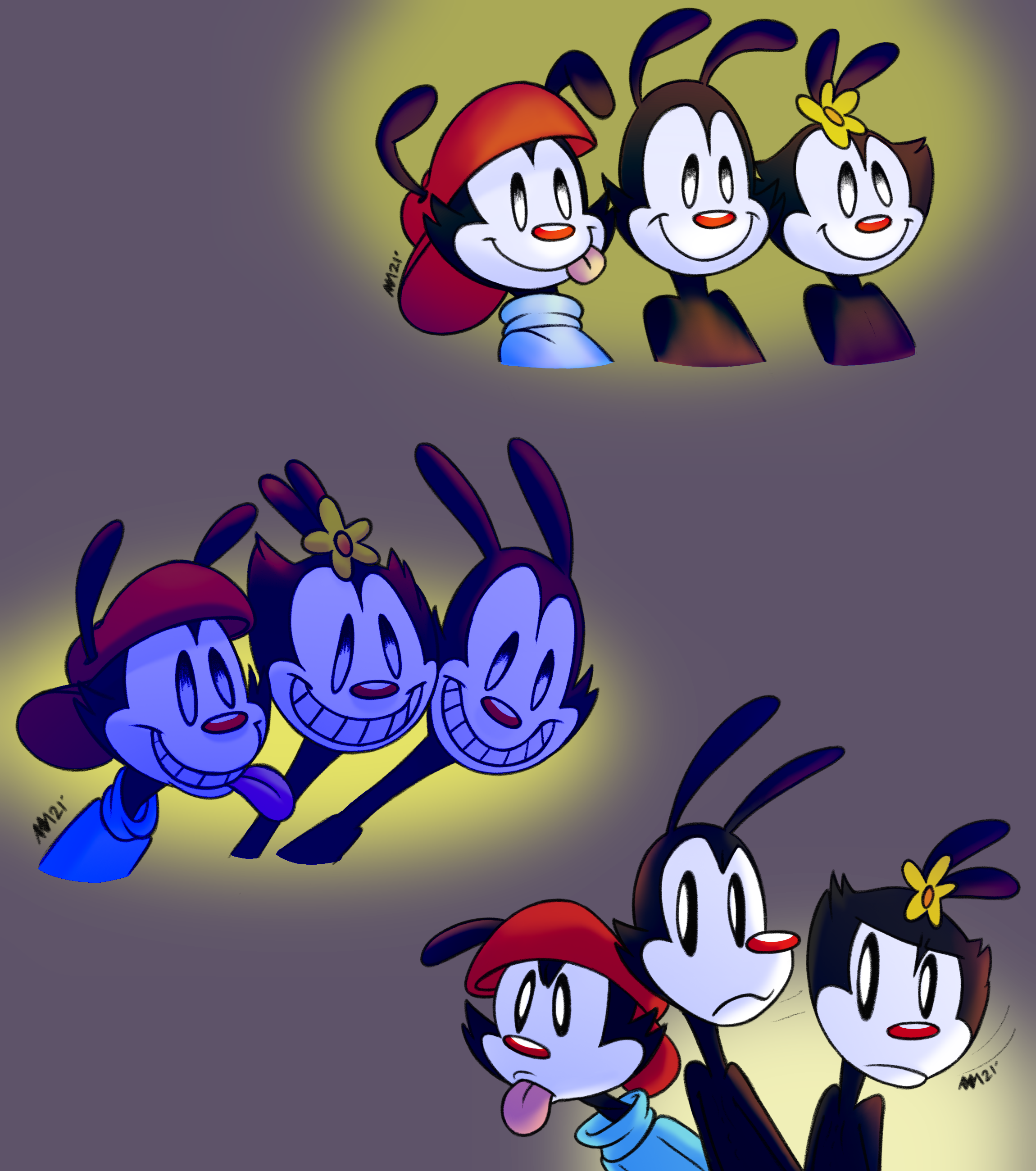 While I've seen a lot of comments saying how they love that the nu-maniacs gave the Warners fangs, I honestly feel like they're at their scariest when you can't tell if they're angry. They lure you in with friendly smiles, round features & perfect teeth. Be careful what you say.

I should add (because I forgot to when I posted) that I imagined the magical powers of the Warners have is equal to that as the kid from "It's a Good Life" from The Twilight Zone. We know they're not overtly evil or malicious, but I'm at least illustrating that there should be a whole episode that's staged like a horror film. Where they're just being as overly friendly but you can tell they're in full harassment mode over their victim having thought crimes. Like one being a closeted racist and the other being xenophobic but even after apologizing he's not truely sorry enough so they never let up. Both of them would loose their minds completely over the mental anguish (what did I do to deserve this?) Just things I think about a lot currently.