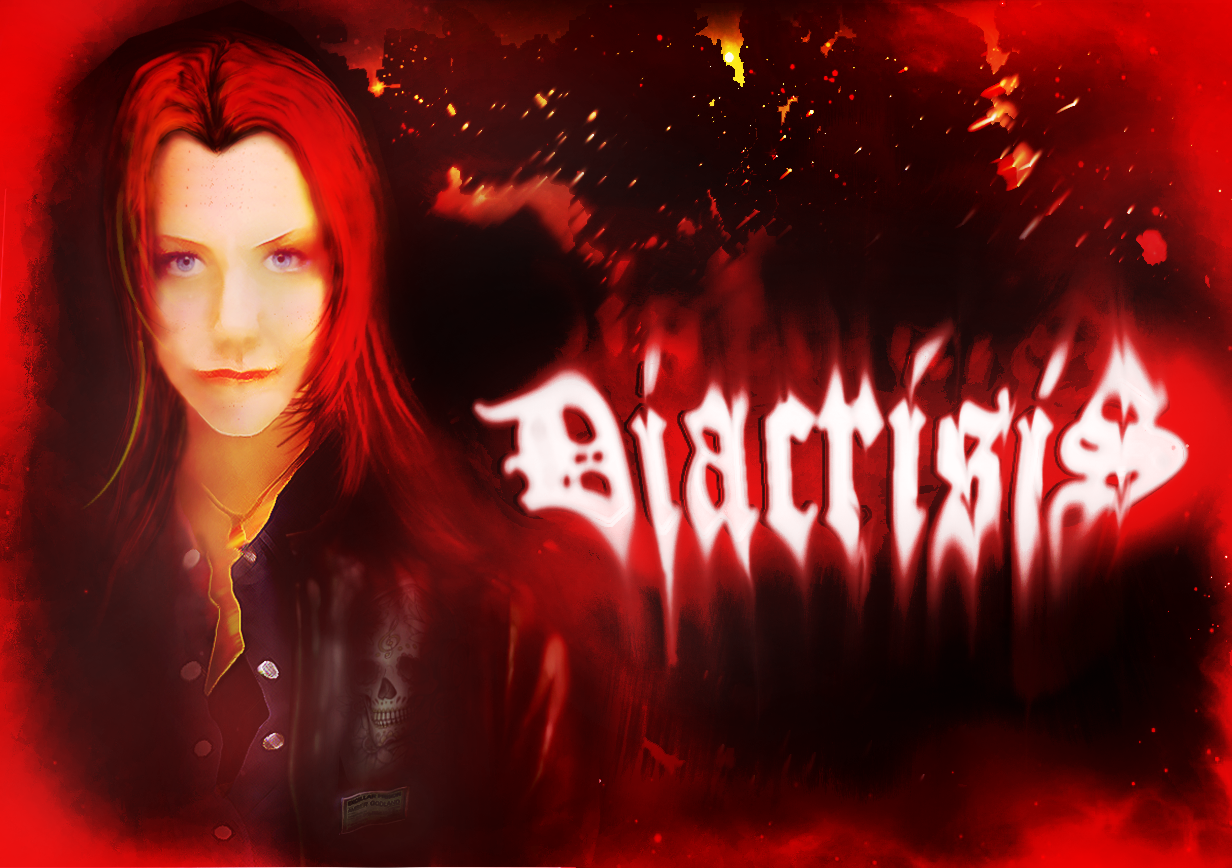 Game is on Steam: https://store.steampowered.com/app/1037260/Diacrisis/

She was born in Canada, Alberta, in the city of Edmonton in 1952.

Edmonton is a very wealthy and prosperous city, giving Amber had a healthy childhood. Her father worked at the oil refinery, where he got payed well, and her mother nursed at the hospital.

She only had A in her tests and good at sports, practiced fights and learned to defend herself. She was popular for being social, and among the fairest friends. Their relationships were healthy because they always knew who to walk with and never got involved with drugs.

One fine night, your house is invaded by bandits, where they surrender the whole family and take everything of value. Luckily nothing else occurred, but it was enough to encourage Amber to pursue a military career. At first she thought of being a policeman, so she entered the police academy at 19, but with good grades and high physical performance, she received a proposal from the army, because in a period of the Cold War the government was recruiting good battlefield soldiers.

In the army Amber had to deal with the fact that she was quiet, she always thought she had the better angle for things. Her first patent was Cadet, where she analyzed combat operations in the field, and trained the recruits. Some while later, floods stormed the cities and her job was stop more calamities. At age 25 she receives an offer to investigate double agents and serve in the intelligence, so she accepts, and during the mission, to fulfill direct orders, she had to kill two Russian agents. at the time, she was decorated with bravery and received the patent of Lieutenant. Later, through further investigations, people discovered that the russian agents were in fact opposite side politicians... Amber decides to take the case to the public, and against the government she is arrested for insubordination.

Amber decides to remain silentfor the investigations on the case, because government agents were threatening her family to loose their pensions. To make things worse, Major signs a transfer request with intent to push her away: puts her to work in a maximum security prison, the ''Exillar Prison''. Hundreds of miles away from her family, Amber resumes her life in the city of Nunavut.

Amber becomes rebellious and ambitious inside, outwardly very controlling and remarkably upset, which helped her deal with the prisoners, as she was not always joking.

Amber features as a side-kick at Diacrisis.

A disturbing distress call in the middle of the night wakes Matthew Diacrisis up, it's from the staff Amber Godland who've completely lost control of the Excillar Supermax Security Penitentiary in northern Canada, a frightful region full of ghastly blizzards. Are you ready for investigate this unraveled mystery against overwhelming odds? Jump into this 2D Side-scrolling Survival Horror Game and face the outbreak of unrelenting zombie hordes, which eradicated all hope of redemption for the prisoners who now will do anything to escape this dilapidated correctional facility.

Hey, how you doing?

I'd like to present you the DIACRISIS TRAILER for the game on STEAM.

Thank you for your support, also if you leave a review I'll surely respond to it :)

Here's another released NEW POSTER for it too :)

If you would like to learn more about the development just scroll down to check the dev blog at Twitter, or check out pre-production videos at Twitch. There's a Facebook Page for you to look at, and post suggestions through a thread on the Forums, also could help me a lot with Patreon.

I do like the red but seems like there was a lot of it maybe too much at times, but overall this was a nice visual and good cover overall, your art style is good and showcases well you have some nice details here so keep up the amazing work.

Not bad, it could do with more going on in the image though, like some adversaries and her in a combat pose or something.

Cute Girl yet The feel of her Hiding something is there. nice!