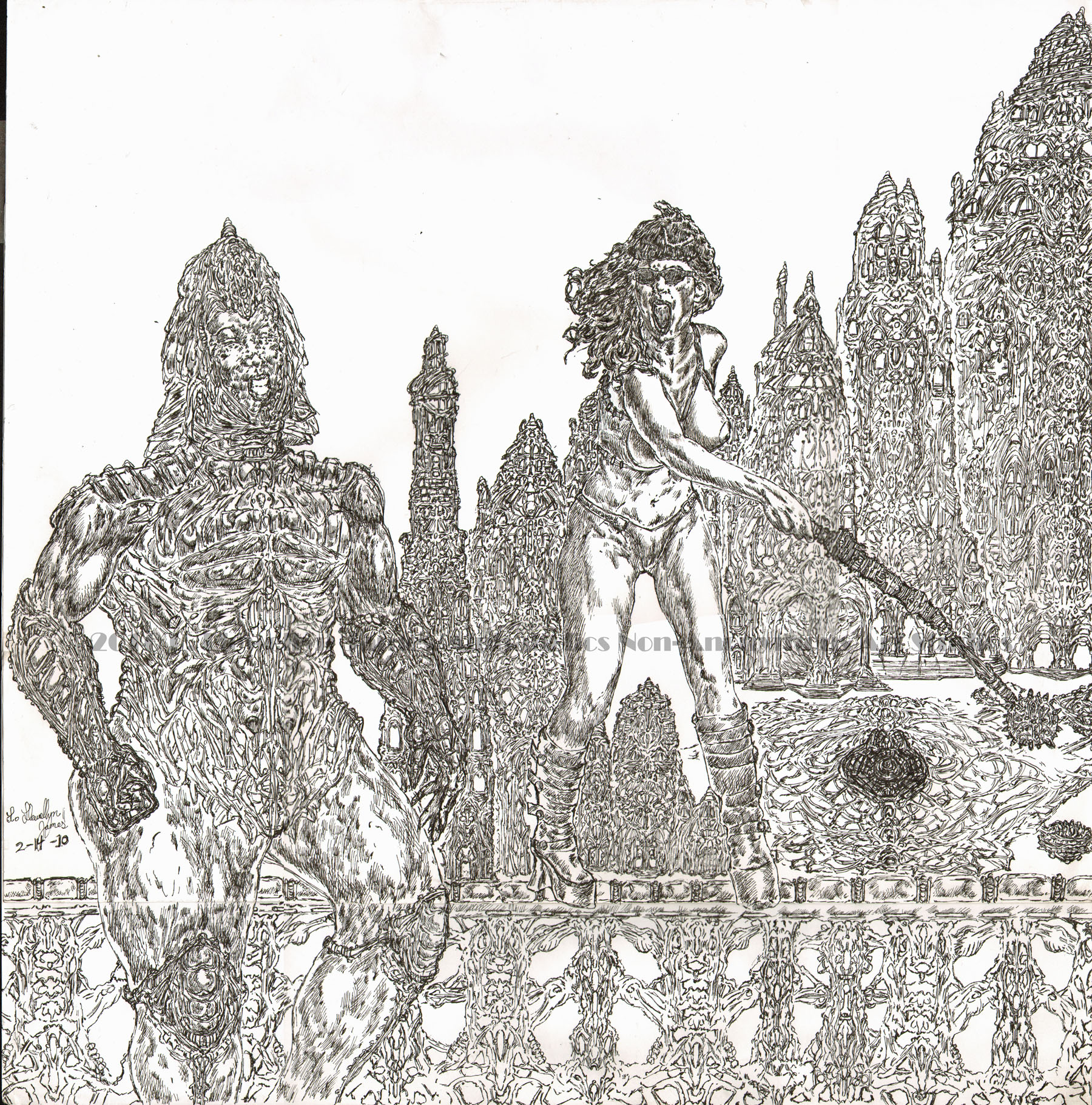 www.alphaholism.com
"Violence has taken the most severe and preemptive precedent and statute of import, over the most salient and savory in comparison concepts of moral imperative and desire for human companionship, as the entirety of humanity continues to dissect itself with haste, resulting in an even more stark and ravenous dissimulation and darkened line of contrast separating the most oppressively poverty stricken...and us.

"We, the conclave of the Continental Confederation of The Absolutist Monarchy of Neo-New York, believe it our sole right and sovereign goal as the chosen Men and Women of the ever triumphant Materialism-Minded Godhead, to separate from the common human degenerates and vermin who live outside of our gleaming metropolises forevermore, irrespective of whether they be our former brethren of America or our just as accursed enemies of the Islamic Crown. We render this decree on this, the Year of our Lord-Mother 2334 A.D., thus ensuring our right to continued existence, racial purity, and enshrined apathy toward those whose lineage is not at pure as our own..."

------with the preceding words, the present day Island of Manhattan declared its independence from the Continental United States, thus severing its inclusion in the entirety of American Life Forever on August 13th, 2334, in the preamble of it's newly created Island-wide Mandate and Constitutional Charter.

The inhabitants of Manhattan, still reeling from the fallout of America's 3rd straight Century of involvement in The Right War of The Way (known presently in our own time as "The War on Terror"), had become fatigued with the constant barrage of suicide bombers, intercontinental terror regimes, Islamic Fascist demagogery and countless numbers of lost citizens as it had continued to be shown to the world at large as The Ever Shimmering City of Progress, Innovation and (in the opinion of chagrined, distressed New Yorkers) symbol of American Might, ever resolute in the face of those whom The Western World deemed "The Scourge of Capitalistic Creationism": The ever vilified Muslim Cyber-States of Saudi Arabia, Afghanistan and Meta-Mesopotamia.

As The Island of Manhattan declared its sovereignty from the entirety of The Continental United States, it also truncated all communication and further involvement with the other hallowed "satellite areas" comprising the other four boroughs of New York: Staten Island, The Bronx, Queens and Brooklyn.

In many cases, the Prime Judiciary and newly elected Governing Council of The Independent Cyber-State of Neo-New York declared that any relatives of citizens of Neo-New York living in the other 4 boroughs would be henceforth rendered incapable of visiting the former Manhattan, thus curtailing any and all communication with denizens in regions as close as Long Island or Brooklyn.

In fact, The Neo-New York Governing Council went so far as to demolish The Brooklyn and George Washington Bridges, the internal Subway Systems of the island, The Statue of Liberty and Ellis Island as well as all ability to connect to any realms beyond the island, ensuring that Neo-New York would realize it's new vision of being what it's Governing Council viewed as a "return to pure capital-minded Materialism and financial absolutism, as The one true God Mother, Father and Son intended."

After suffering through over 250 years of constant barrages of terror cells literally imploding in the most sensitive regions of Manhattan, the citizens of the newly christened Neo-New York quite happily looked forward to its new status of "honorable non-alignment" with The United States, which The Governing Council of Neo-New York could enforce with its private stock of over 5000 Nuclear and bio-chemical long range missiles at the ready--all of which could be readily dispatched in a strike against Washington, in less than 3 minutes.

[Ladies and Germs, I'm afraid that Newgrounds won't allow me to print the remainder of this story here. so, If you're at all interested in how this all ends, go to my site at www.alphaholism.com)

the amount of detail makes my eyes bleed...i wish there was some color in this picture!

I really dig your line and general style. Up some more for me to gaze.

Thanks, jakubias, for your support. Please feel free to see a bit more of my work at www.alphaholism.com. Peace.