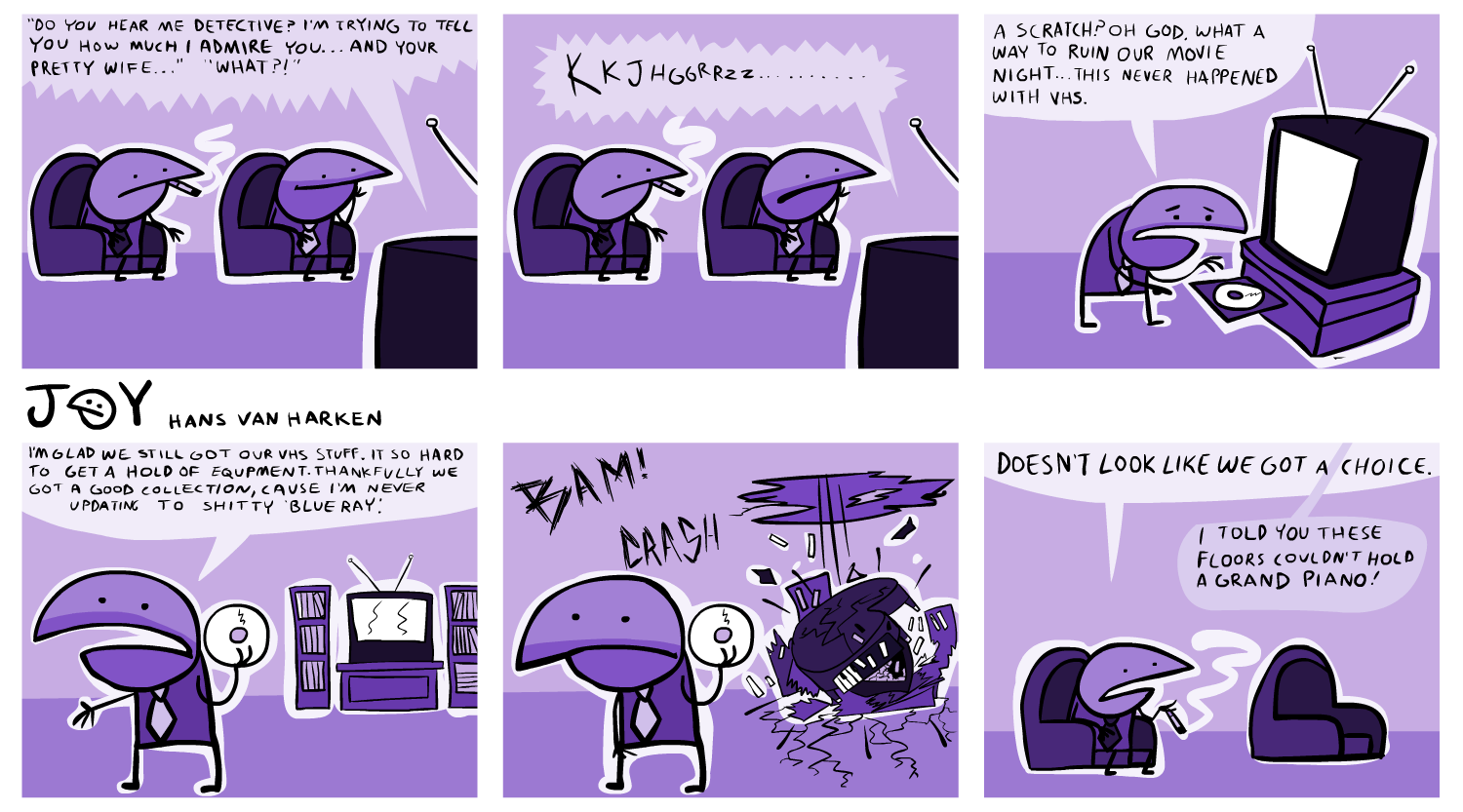 I suggest you read these in order.

Yes, these just keep getting better and better. The best part is the other person saying how the apartment wasn't piano proof. It's so wonderfully animated too. I really appreciate how you have no idea what's going to happen next. Yeah, I hope to never upgrade to Blu-Ray either.

No one makes VHSs anymore. I'm ashamed to say I still have some. Pianos falling is always funny. I like how these are all numbered. This was your best yet!

The comic is amazing, and humorous. It's short, basic, and gets to the point, which many comics seem to lack. Take Dilbert, for example. In the end it is (sometimes) mildly funny, but it could be funnier if it didn't have so much excess piled on top of the plot of the comic strip. Take the recent Sunday comic of Dilbert for example. It is about one of the office workers saying he is working on an invisibility device, but, in the end, just slides off his chair and under the table, tricking the CEO into thinking that the worker actually made the device. But, it gets piled on by so much excess, it ruins the point. Now to restore it's hilarity, let's say that he just demonstrates the current progress on the "device", and does the same thing in the end of the original strip. But, the CEO then notices the silly worker under the table, and then the worker says: Why must you ruin the fun?!", then throws a crumpled up piece. It then ends with the worker working during midnight, having extra hours of work as an punishment. There, it's better.

funny. Your wit is amusing

This is a perfect plot device

You are a GREAT writer you understand how it works...