For the month of April we have disabled ads on all E-M content. We need 63 people to reach our goal of 3,000 active supporters. If we hit that, we'll continue with a new goal in May! 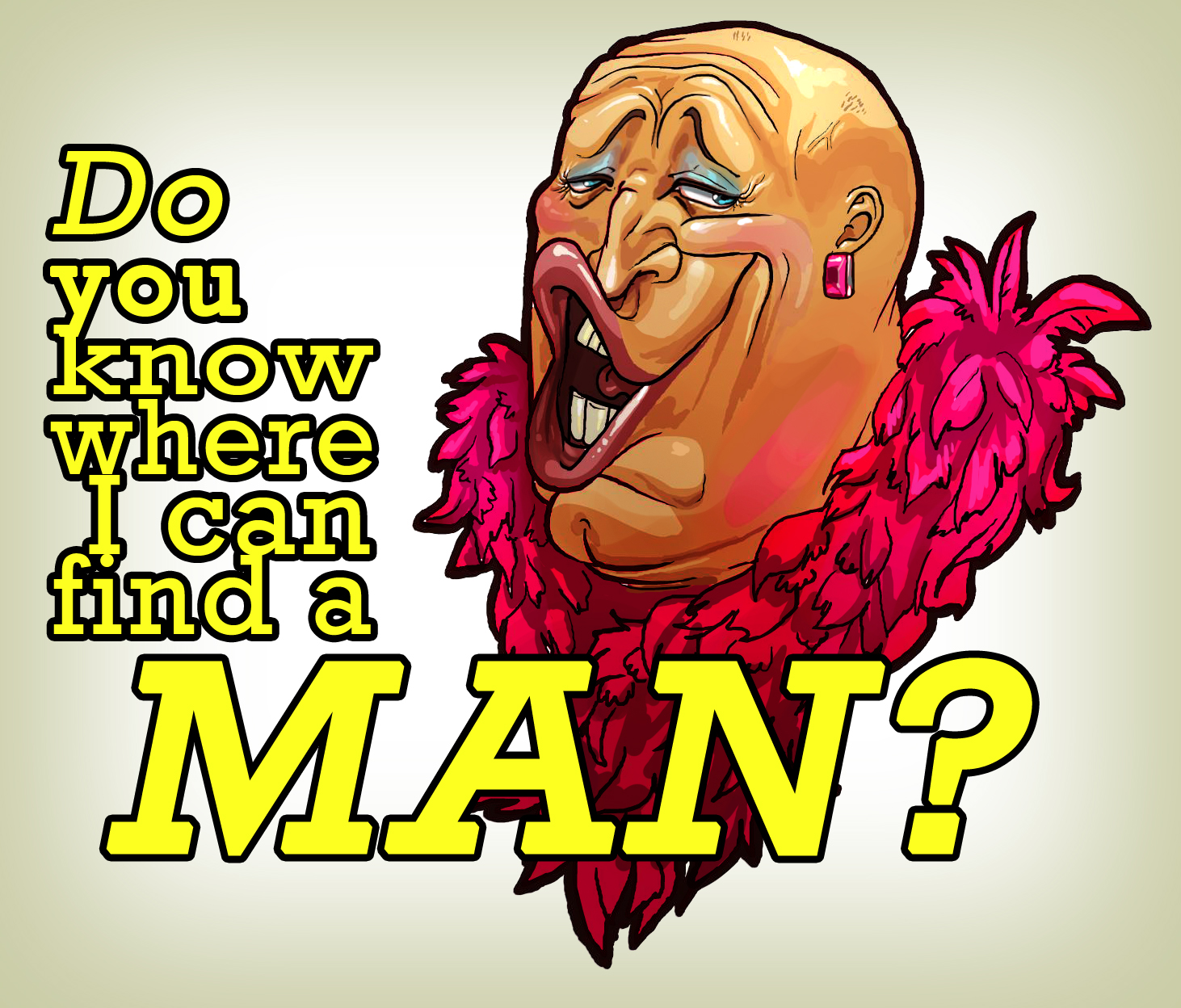 From the best movie ever made. Probably.

I believe I have seen this image numerous times before, even if I am not sure where. Maybe it was in a submission, maybe it was looking in the art portal itself. Whatever it was, this was a pretty good picture. It's not something that I like that much, and I really don't want to come off as a homophobe by saying that. I just don't think it's the most detailed art piece out there. It's still interesting and the overall art is nice to look at.

I guess transvestites deserve all the popularity they can get too. The silliest part is probably how the lips are just winding off to one side. This guy has so much makeup on, it's funny. Yes, I am more attracted to pictures that have really hot women in them and this was quite the contrary. I can still appreciate it for being a detailed thought piece.

fairy tail? cause it looks like one of the guild leaders