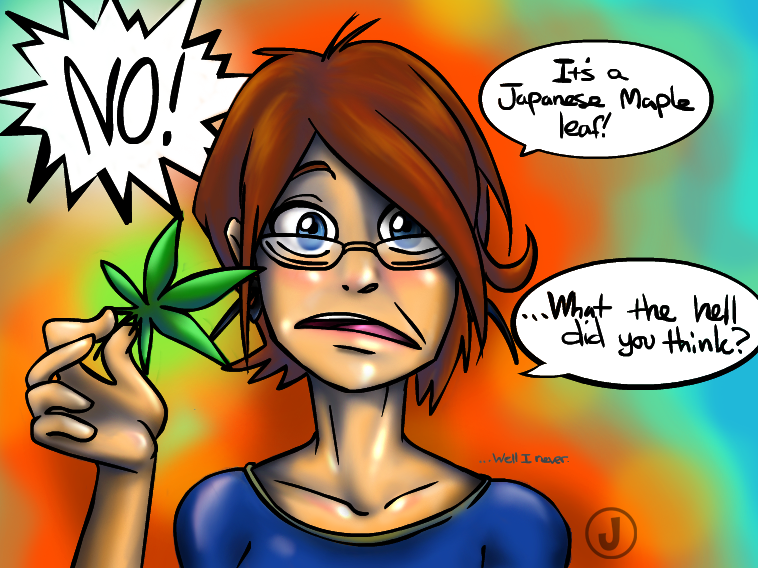 you grow your own reefer

Not exactly what I was hoping it to be. lol

looks nice but: the shadowing does not really make sense. why? can anyone tell me where the source of light is coming from because i cant. derp. also lame joke is lame when i saw that leave i thought wts really Japanese maple leave? wow what a lame joke look if i were a weeaboo like you i guess i may have: huh? OOOOOoooohhh teehee. like that but no i didn't. and the face when just ask your self would you really pull a mouth like that as if having a stroke are you that shocked that you got a stroke? even then you would not pull that face. look in the mirror do that face realize you tarded the image. and psychedelic(but not really) background colour?
*sigh*