For the month of January we have disabled ads on all E-M content. We need 180 people to reach our January goal of 3,000 active supporters. If we hit that, we'll continue with a new goal in February! 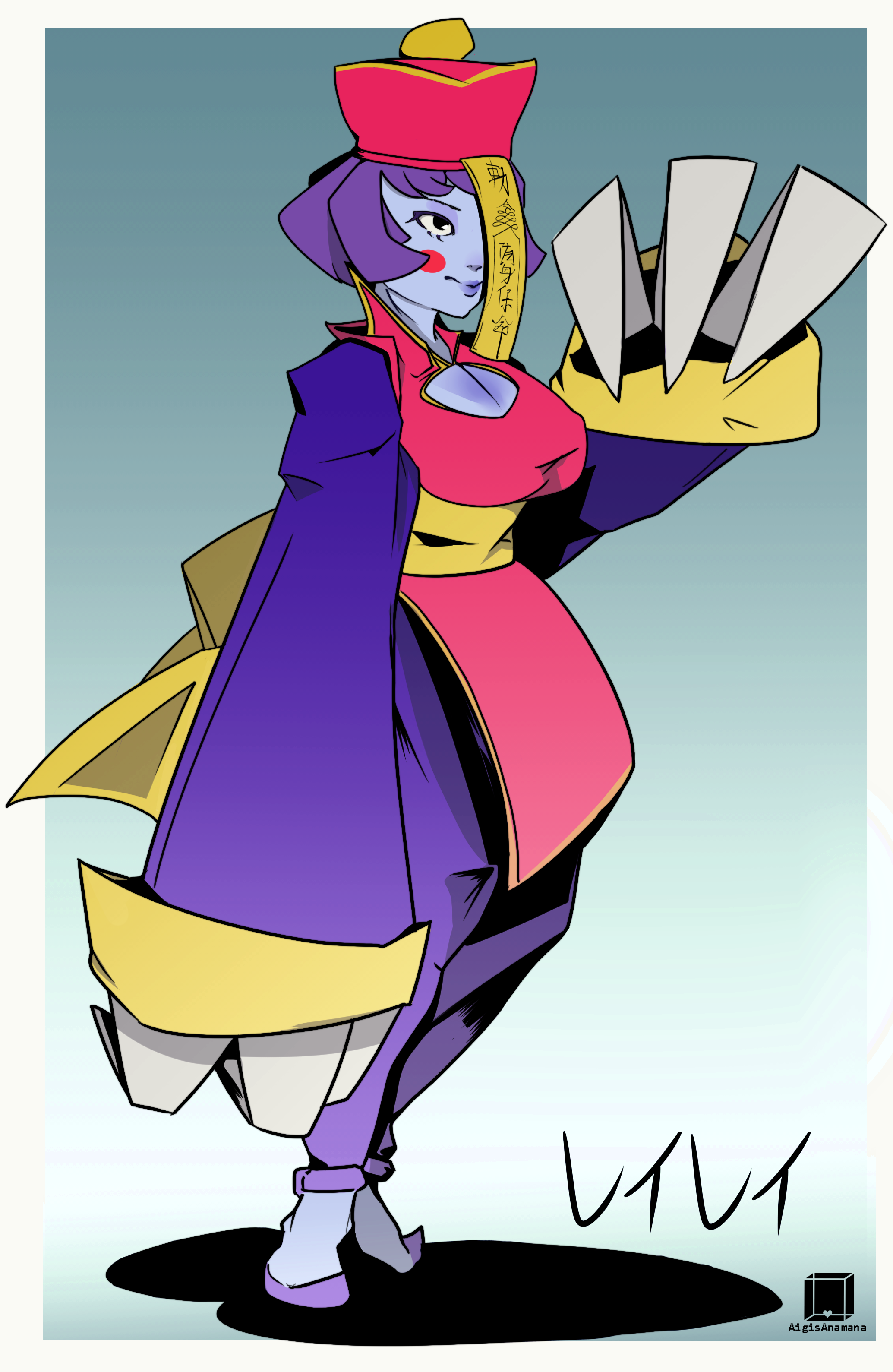 I believe she is a character in Dark Stakers, based on the Chinese Servant Zombie.
I forget their name in Mandarin, but it's always interesting seeing Japanese artists tackle art from around the world, especially during their isolationist period, and looking at the textbooks they would make based on the Dutch writing that would come in. They called it "Dutch Studies."
Anyways, you seem to have had fun rendering the outfit and arms.
She almost looks too alert and focused for a zombie, but I know in the game and in folklore her type are perfectly preserved.
I guess the only thing that has me curious is the cut of her tunic, seems to show tan line, and I was wondering if they where in fact tanned or simply in shadow.
Oh one last note though, her stance is very stiff, which ironically makes sense, and not being able to read her next motion is actually a good thing in martial arts, but may be and action shot would be more visually dynamic, but the pose is still very good.
Thanks for making this.

based front page. always shows me the lei lei i'd have missed otherwise.