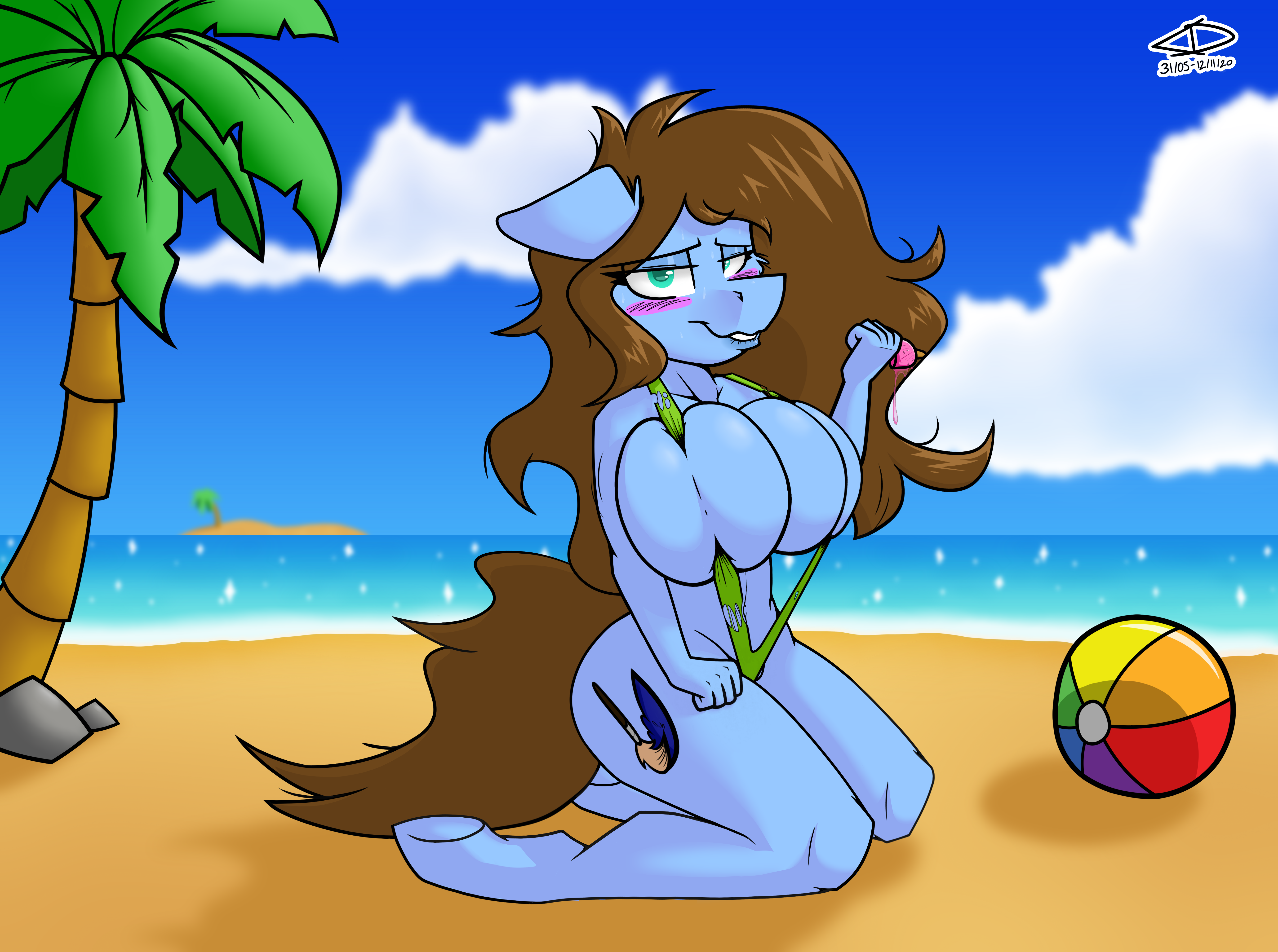 Shiny began to eat the ice cream that TriDashie had given her, but from the first swig she felt a wave of pleasure running through her body, becoming more and more intense as she ate the ice cream.

After a while she also felt a very pleasant heat wave develop in her chest.

She put her hand on her breasts and noticed, not only that they had swollen, but that it was at the same time that she was swallowing her ice cream.

It was quite obvious what was the cause of it : and considering their new size, it was better not to continue, at the risk of seeing the bikini give way under such a mass ! However...

She still wanted to take one more swig, just one more... But also a second last swig, as well as a third one, then another one... And on the contrary of satiating her, the need to have always more has become more powerful, more dominant in her !

After more than 128 hours of work spread over 5 months and 12 days, I finally finished the (freacking late) birthday present of Shiny Cyan 🥖 ! Funny enough, TriDashie enjoyed the gift way more than Shiny did XD

It was a very long drawing to do and it cost me waaaay more than it should ever have. But I'm very happy with the final result : since I wanted to make a good anthro... I finally made it ! ^^

Also, huge thanks to Stanislas for helping me to write the story ! 461 words of pure fetichist bullshit~ =w=