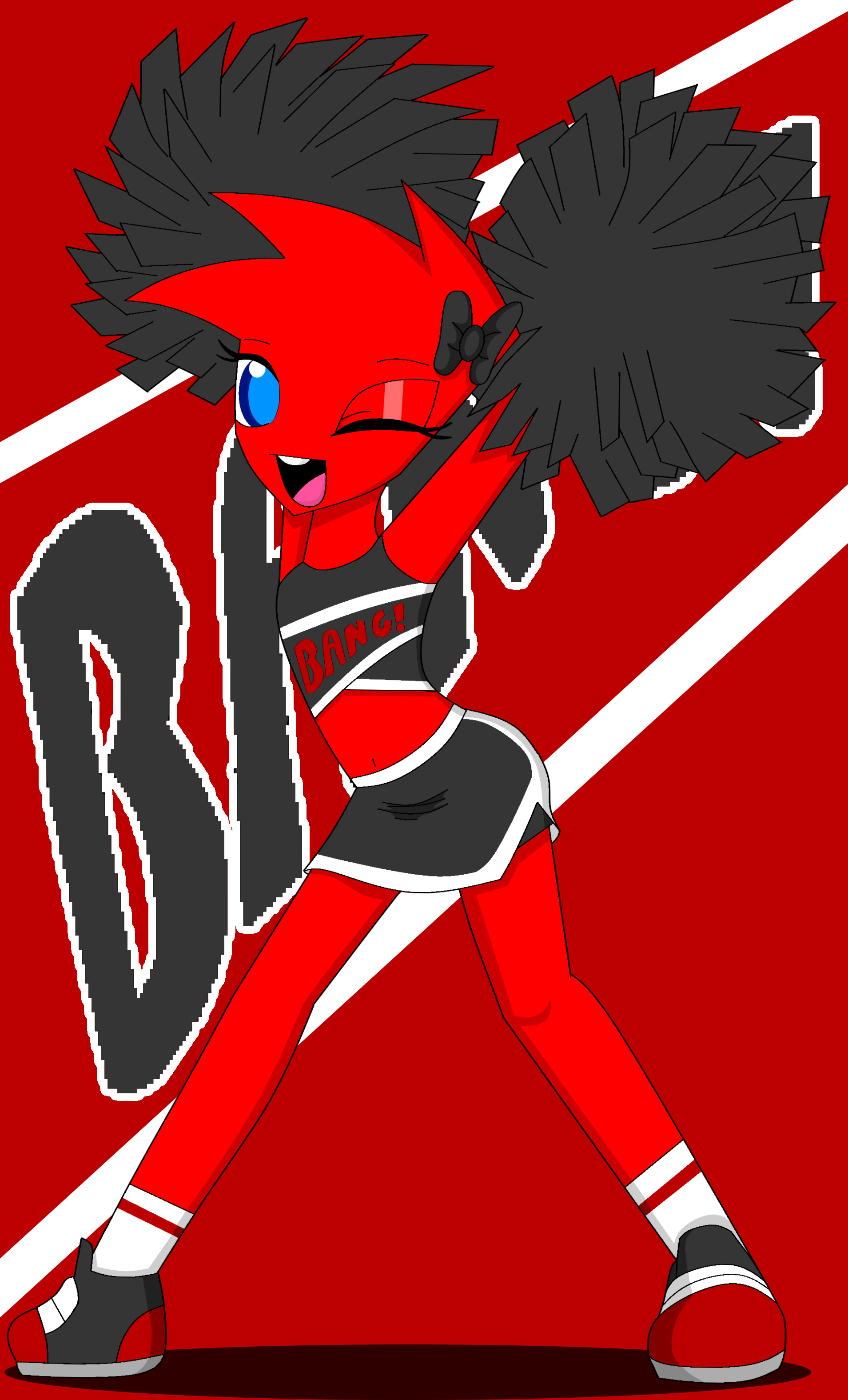 I was bored one day, so I drew one of my main oc's crossdressing as a cheerleader. Don't judge plz. I not really good with it comes to shading, so I just didn't put any shading into the pom poms. By the way, the words behind him say "BANG!"

This attire was worn when Yonggan was trying to support his hometown's football team, the Niji Bang Gangers. When the head cheerleader, Coileach, sprained her leg, Yonggan decided he wanted to help. Coileach and the other cheerleaders thought up the idea of Yonggan taking taking the place of the head cheerleader. At first, he refused, but then accepted when the other cheerleaders begged him into it. They didn't have any male cheerleader uniforms, so the cheerleaders had to make due with one of the female uniforms. While initially it was embarrassing for him to be in a girls cheerleader uniform and leading chants in front of a large crowd, Yonggan had fun with it and got everyone pumped up. When the game was over, the cheerleaders and the cheerleader coach were thanking him for help with the cheering. The coach even let him keep the uniform as a way of thanking him. This was all well and good, but it got bizarre with some of the football players started coming on to him, which freaked him out a bit.