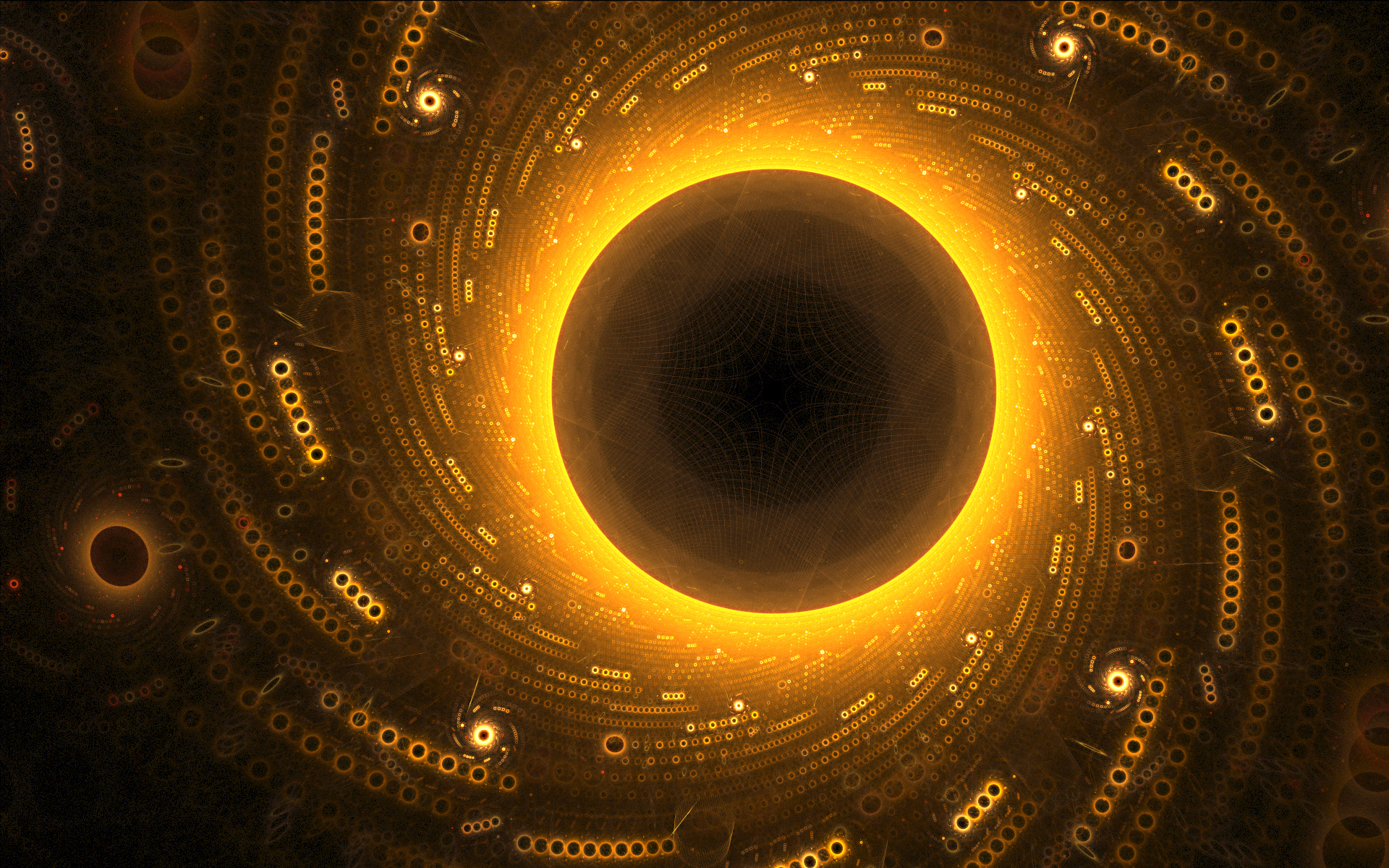 Check out the full image... it's pretty big XD

This is a really great fractal! There are a few problems I have with this, though, mainly the large empty center. There wasn't a lot going on inside it so I thought it wasted quite a ot of space. Another would be its off-center positioning. Any fractal that has a discernable center should be positioned either centered or very off center (to the point where the center can only be partly seen).

I would think this fractal would look much better if it were zoomed out around 1.5x to 2x, that way the huge circle won't take up that much space, and I might be able to see some other extra things that seem to have been cut off here.