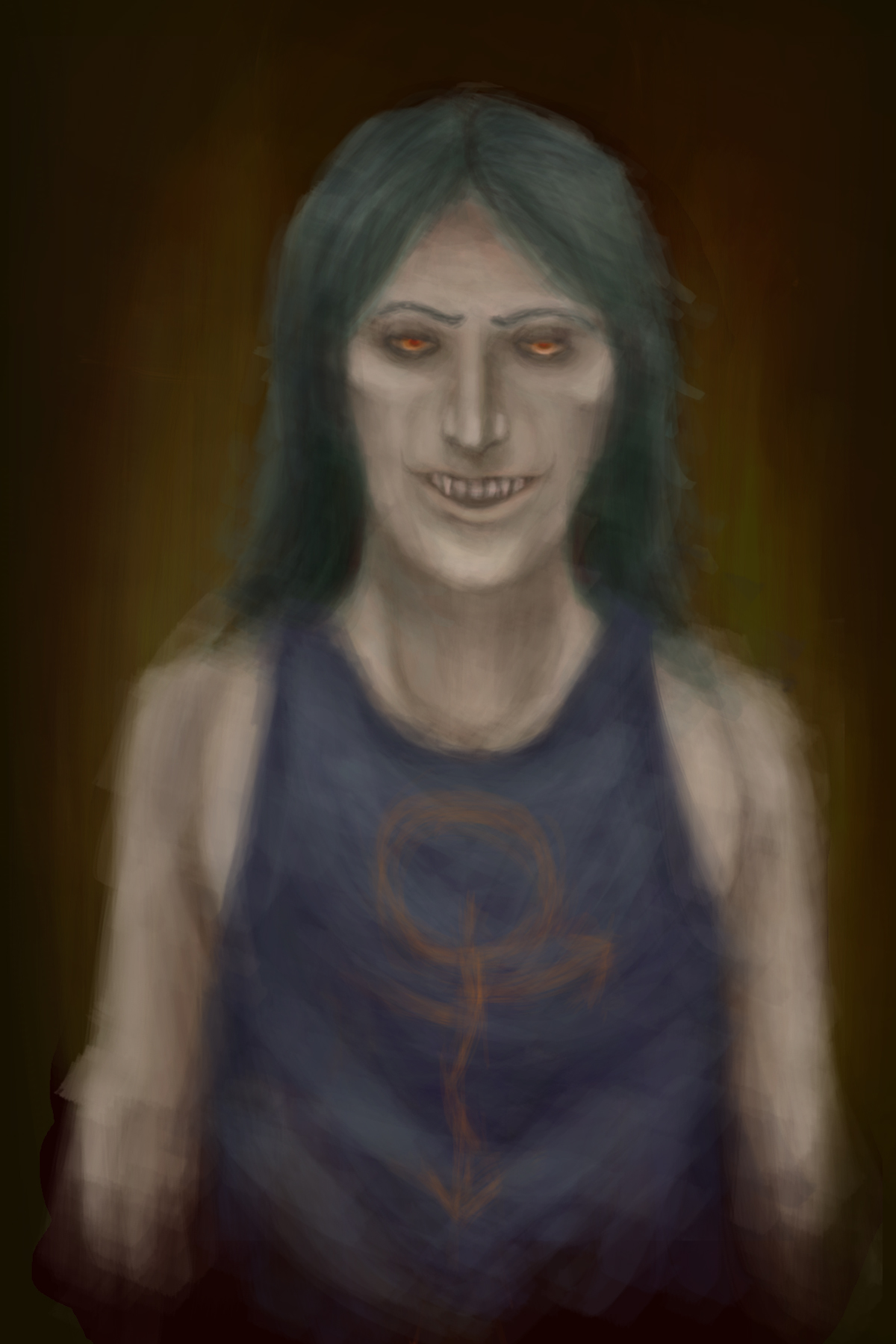 Victor, Vocalist of The Fallen

The fingers clashes frenetically the strings of the guitar, developing a rageful and chaotic noise that reverbs the inside of the humble event hall. The shouting of the rather atractive and charismatic vocalist of the band "The Fallen" shakes the very core of their nerves, of their muscles, of their blood; in a sudden rage, the man grabs his guitar and, as the shouting and the last note of the song roars in unison, the guitar clashes to the ground and turns into thousands of pieces in one single blow. The night demands rage, adrenaline and freedom, and Victor is the one who can gave them what they want.

Victor, Caitiff Anarch and vocalist of his band "The Fallen", Bratovich, Tremere and Scourge of the Camarilla, is one of the many characters that surrounds the table that i'm participating from a Vampire The Masquerade V5 from Santiago, Chile.