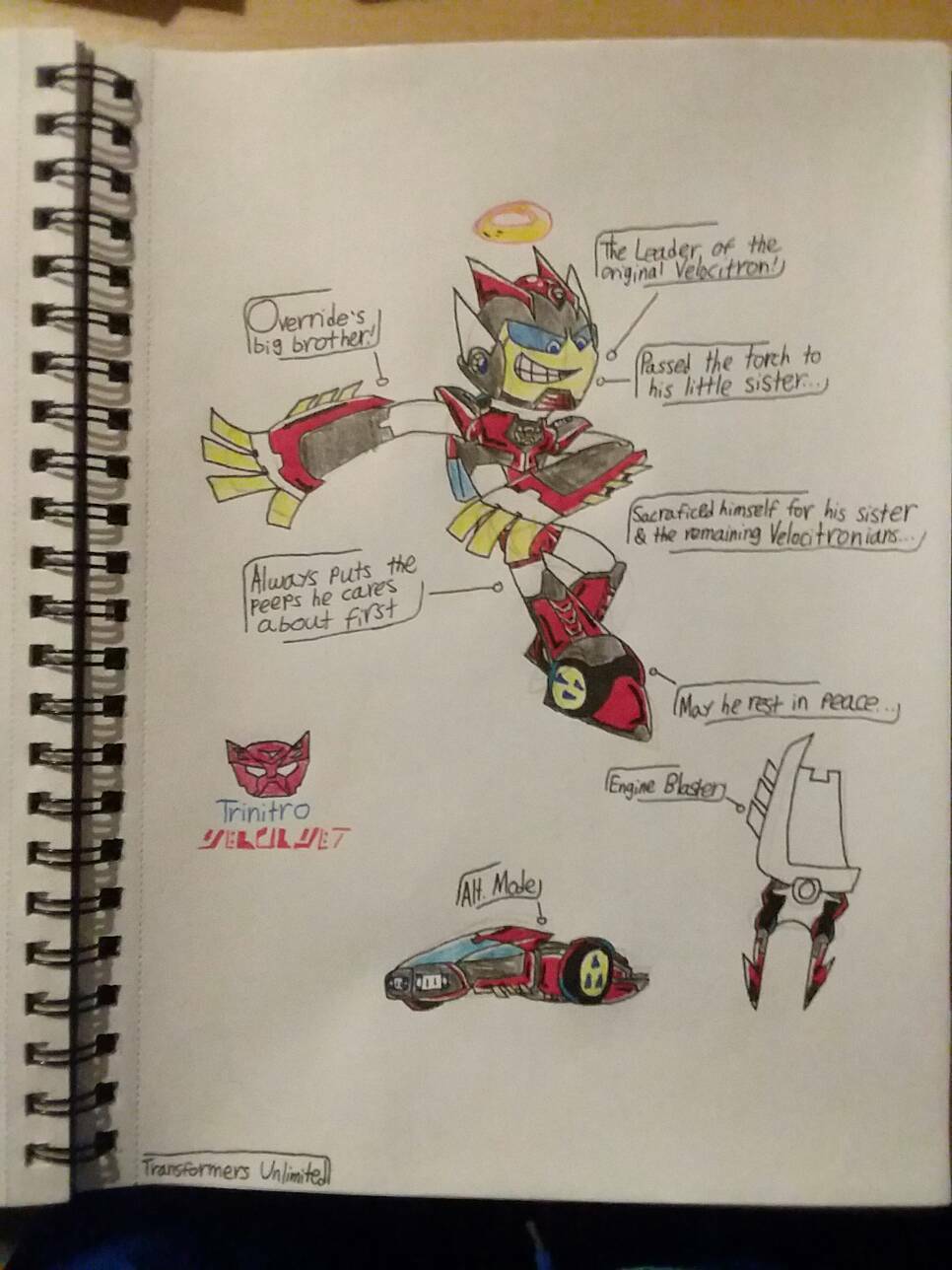 If you've been paying attention like a good boi, you'll remember that Override lost her big brother to the plague that is Cosmic Rust shortly after he passed leadership of the Velocitronian colony to her. This is that lad. His name was Trinitro. He was the leader of the original Velocitron. When the Cosmic Rust plague hit the original Velocitron, he was the 1st of the brave souls who sacrificed themselves to save their people. As he sent those Velocitronians and his sister Override through the ground bridge, his last words were "It's your turn to call the shots now. Lead our people into a new era of speed. I believe in you!". Shortly after, the Cosmic Rust caught up with him and he got disintegrated before Override's optics right as the ground bridge closed. Trinitro was a fantastic friend, an amazing brother, & an awesome leader. Let his spark join the Matrix and may he rest in peace.