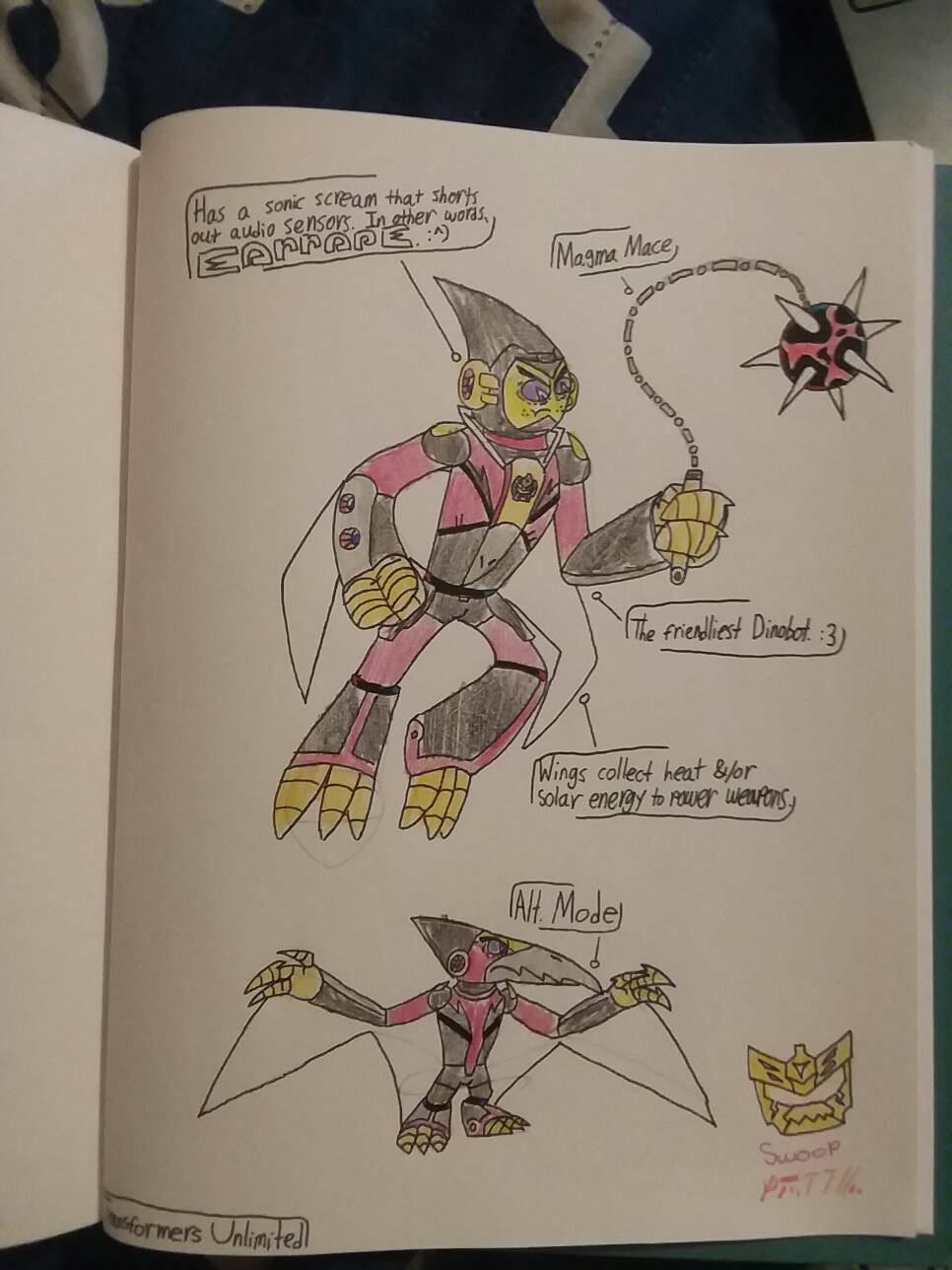 The air fighter of the team is the youngest sibling, Swoop. He enjoys watching his foes scatter before he dives down from the sky since he considers fear as his greatest weapon. Despite his horrifying form, he's actually kind and good-natured.