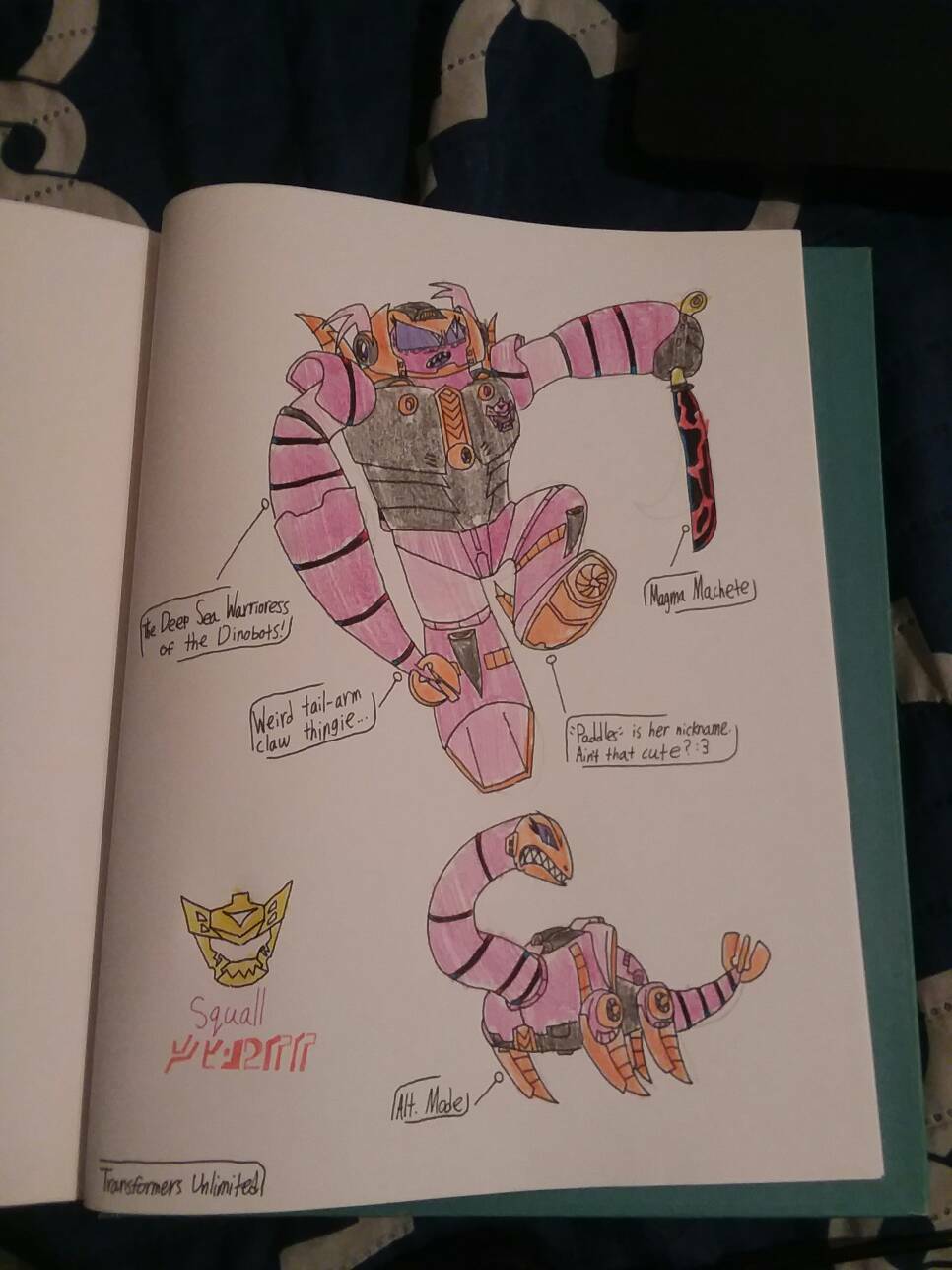 The deep see warrioress of the team is the second youngest sibling, Squall. Nicknamed "Paddles" due to her finding enjoying oceans. Swimming in them or fighting in them. She's not as hostile as the other Dinobots, but when stirred to action, Squall will fight valiantly and furiously to defend others. A bit awkward on land (for obvious reasons).