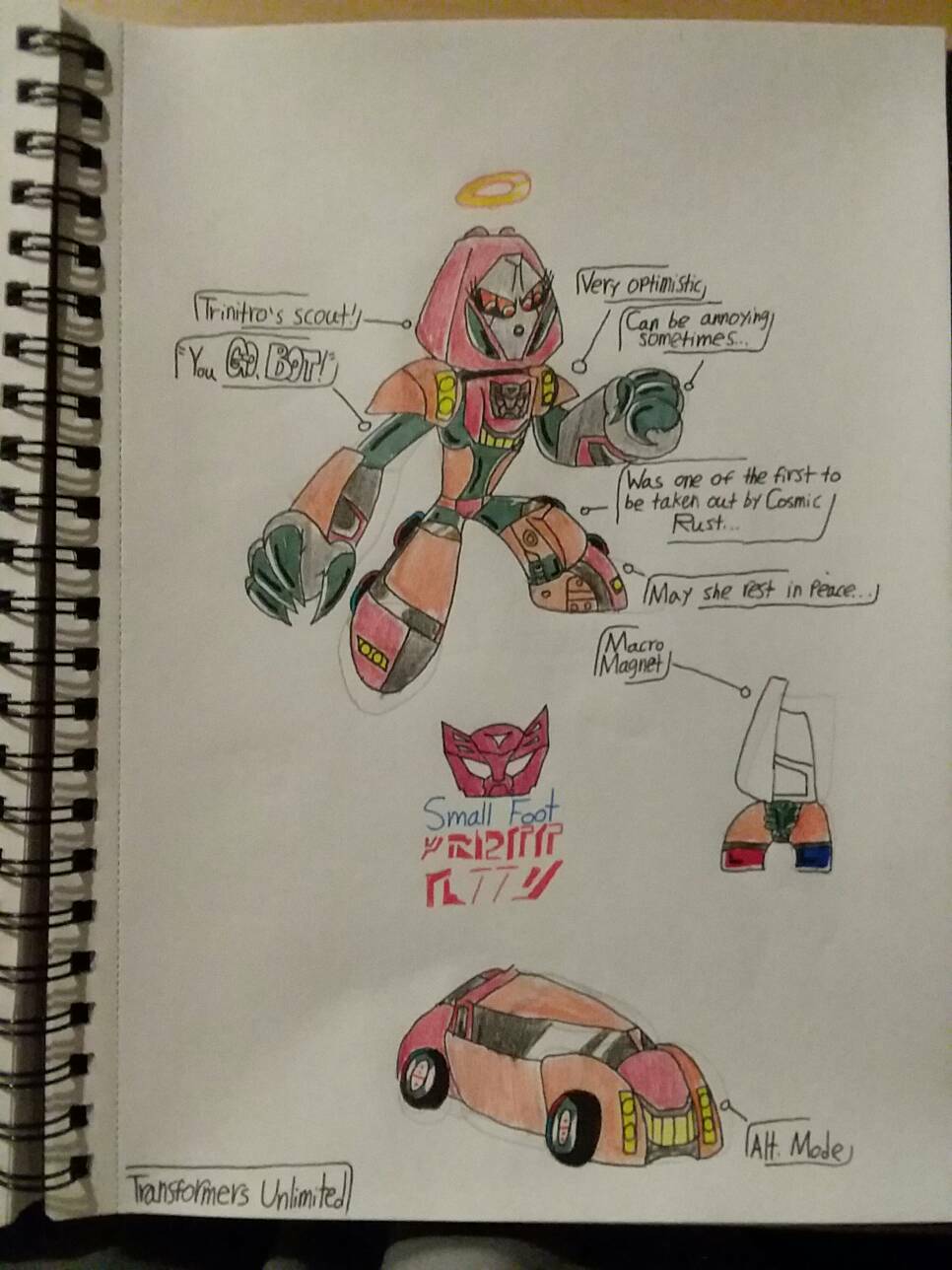 If you've been paying attention like a good boi, you'll remember that the plague that is Cosmic Rust killed off most of the origin Velocitronian colony. This is the late Trinitro's scout. Her name was Small Foot. Some would call her an idealist, others would call her naive. The answer lies somewhere in the middle. Relentlessly cheerful, she's predisposed to sweeping monologues about hope & friendship. This can annoy her relatively more jaded companions, not because it's annoying, but because she's usually right. She was an adventurous young bot, but due to her small size & inexperience, she frequently got in over her head. Small Foot was one of the 1st to be destroyed by the Cosmic Rust plague, but went out with a smile. She was a loyal friend and a courageous scout. Let her spark join the Matrix and may she rest in peace.