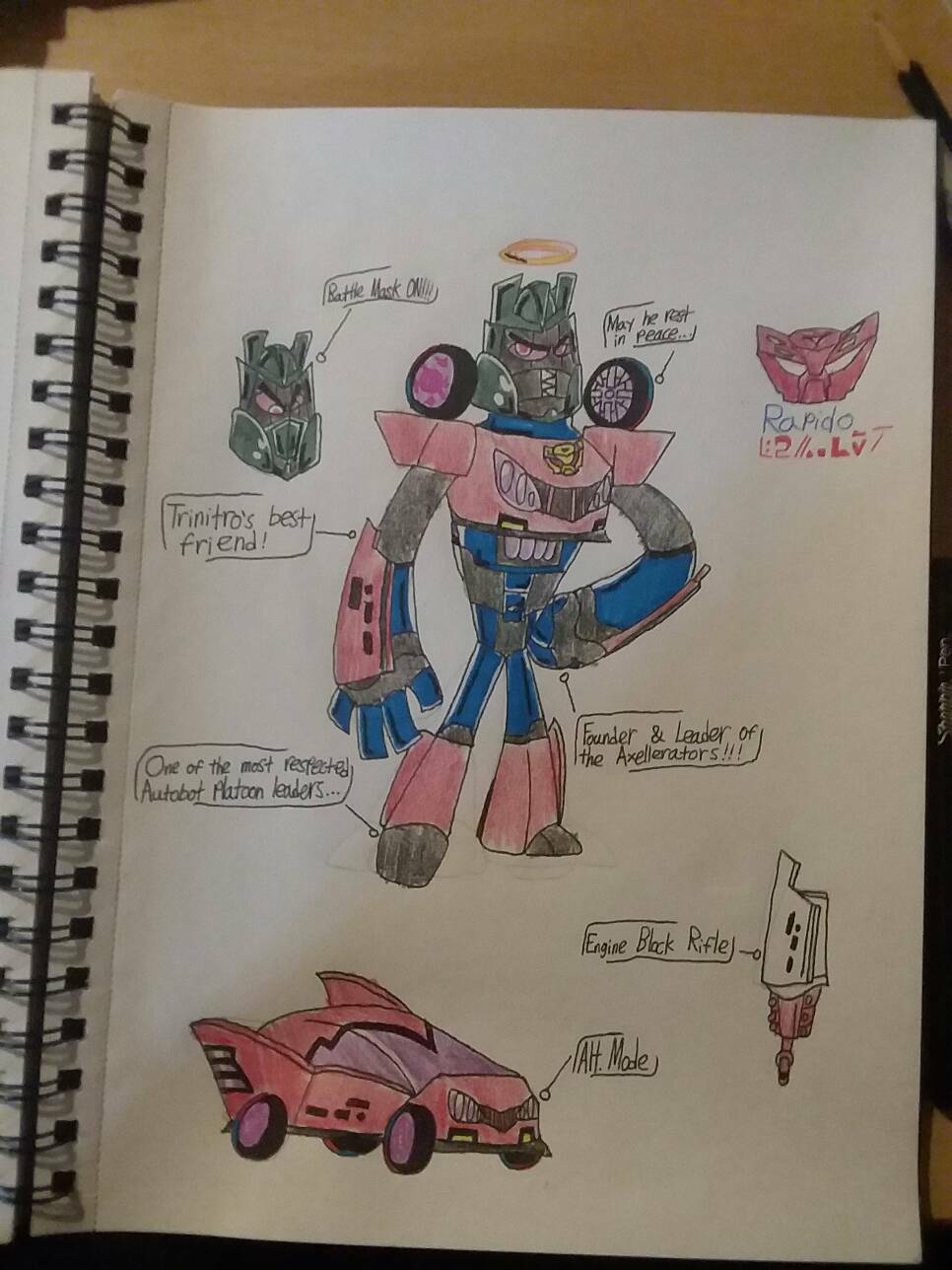 If you've been paying attention like a good boi, you'll remember that the plague that is Cosmic Rust killed off most of the origin Velocitronian colony. This is the late Trinitro's best friend and the leader & founder of the Axellerators. His name was Rapido. He made his team due to the lawlessness of the raceways being a virtual breeding ground for scum & villainy. A natural tactician who managed to effortlessly figure out how to refine the racing culture and heroic spirit of those who are part of the Axellerator squadron, even adopting the Axellerator name when his proposed "Rallybot" name proved difficult to market. Even when things were rough, he kept his cool & worked out the plan to evacuate the remaining Velocitronians from the Cosmic Rust plague that was destroying the original Velocitron in hopes of turning things around once more. He was a tactical genius, a supportive friend till the end, and overall a simply magnifico Autobot. May he rest in peace.