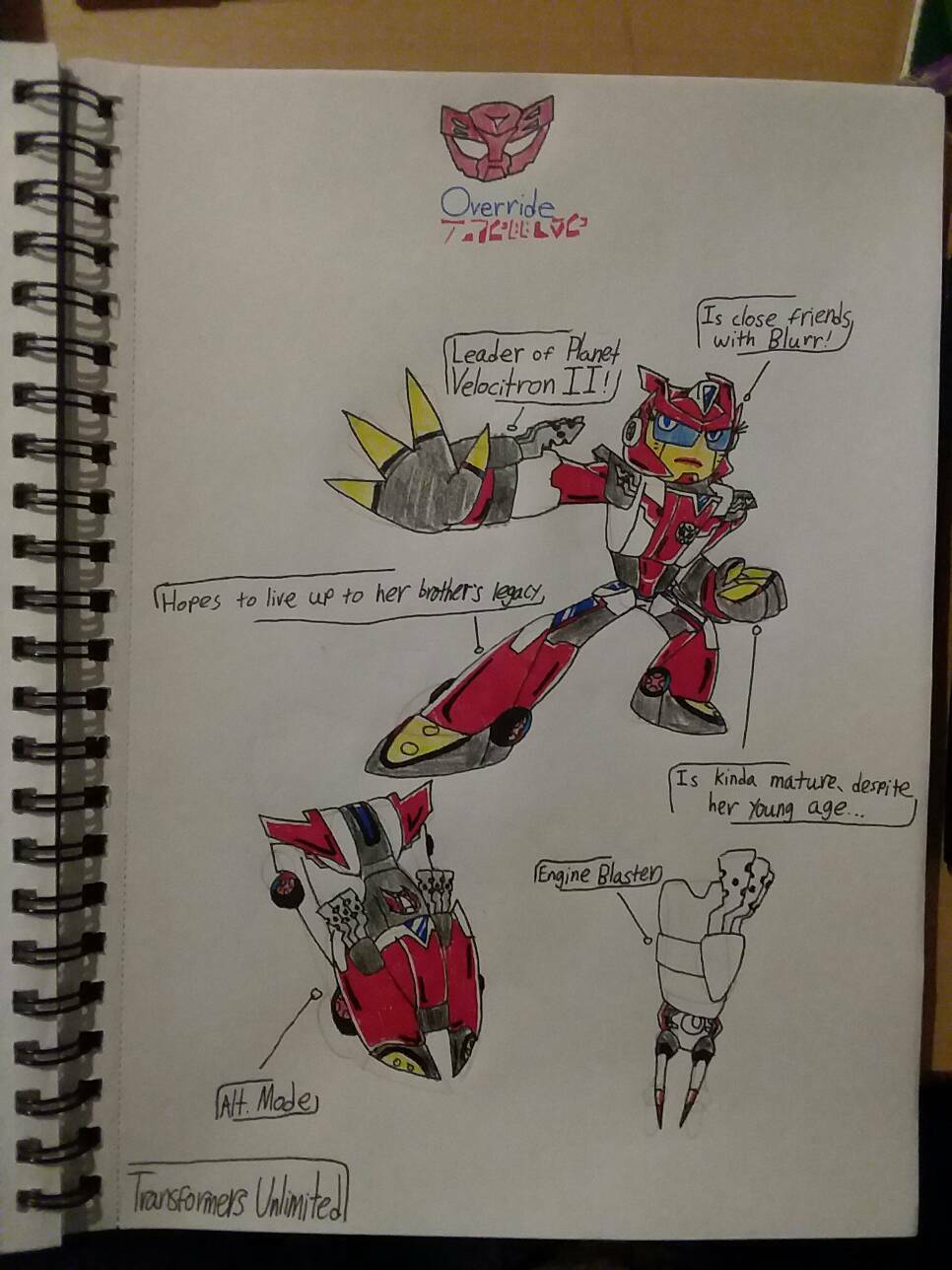 Override is the current leader of (new) the speed planet Velocitron II. Originally, that position belonged to her older brother Trinitro, but after he & many other honorable Autobots sacrificed themselves to save their people from the Cosmic Rust plague by opening and closing 1 last space bridge, Trinitro passed the torch to his little sister in hopes of a better future. Even though she's about the same age as her close friend Blurr, she's very brave and mature for her age. But even after what's all happened, that won't stop her from leading the planet into a new era of speed and prosperity!