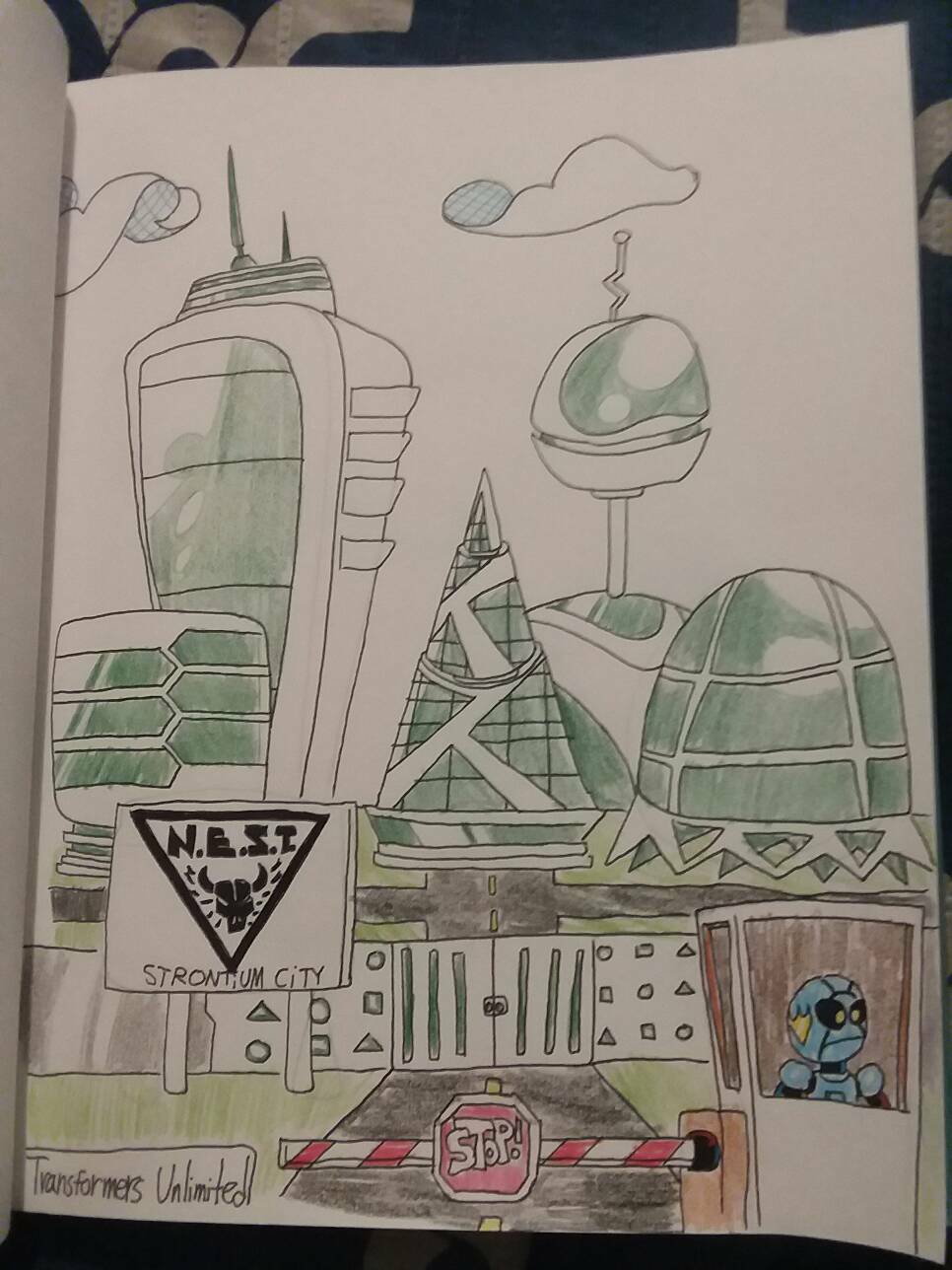 This global government agency is known as the "Non-biological Extraterrestrial Species Treaty". There are many like this seen all around the world, but the one you're looking at is in the outskirts of Strontium City, with this one specifically used as a way to secretly create a Human/Autobot defense force against Decepticons. They're often around for back up on major threats &/or clean up after a massive battle, all while keeping the secret of the Cybertronians hidden from unsuspecting citizens.