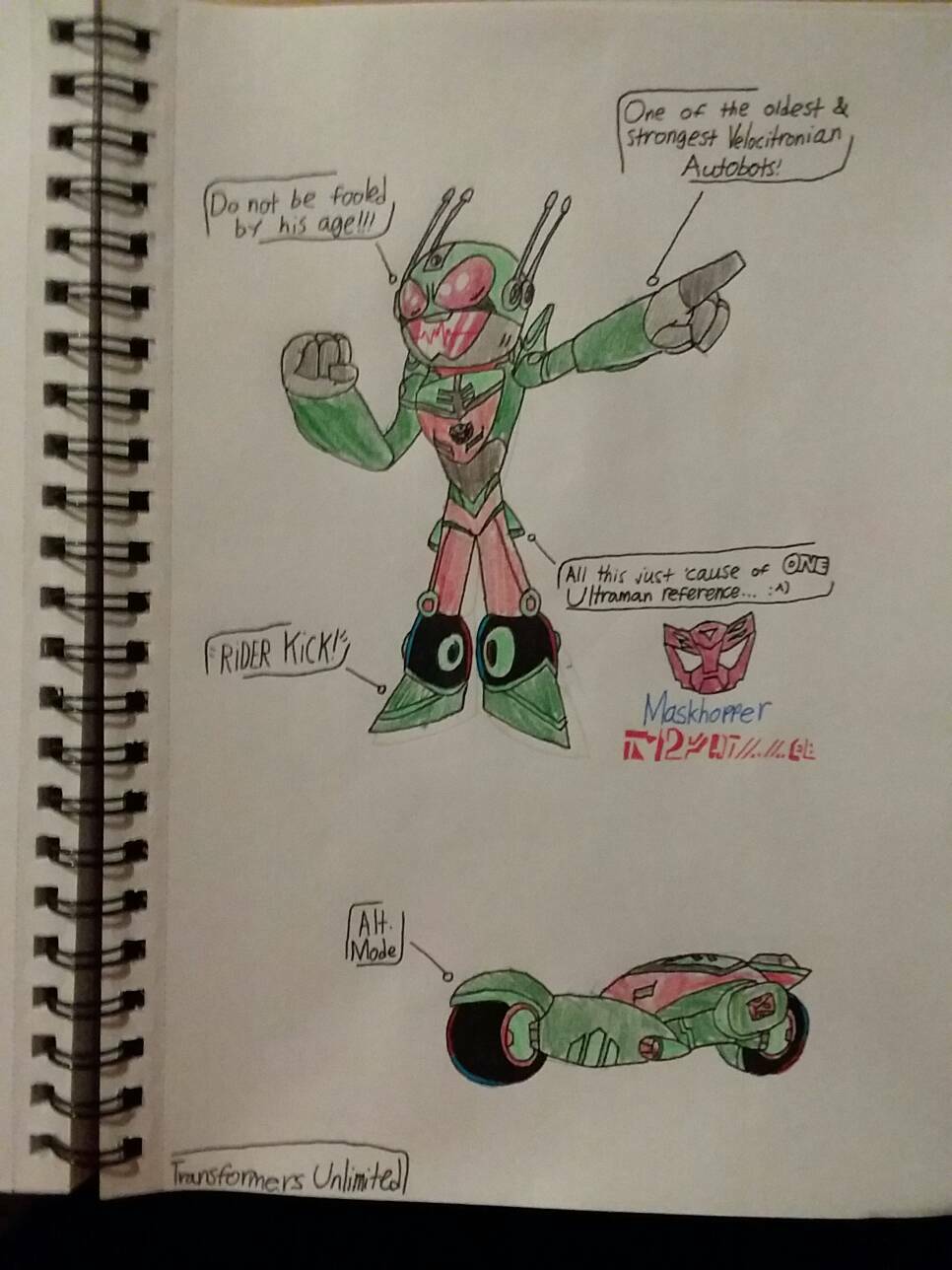 Maskhopper is one of the oldest inhabitants of Velocitron II (and the original Velocitron). The retired racer & bodyguard is sometimes considered menacing in appearance...a'ight, he's considered that A LOT...which has led most to believe he's a cranky old mech craving battle a bit too often. But there's lots of knowledge inside his noggin, hard-learned from many years of racing and fighting against the best. He's old because he's hard. Maskhopper's manner is actually pretty easygoing and peaceful, & he'll often say seemingly innocuous things without thinking that hit others close to home, making them re-examine themselves & their actions.