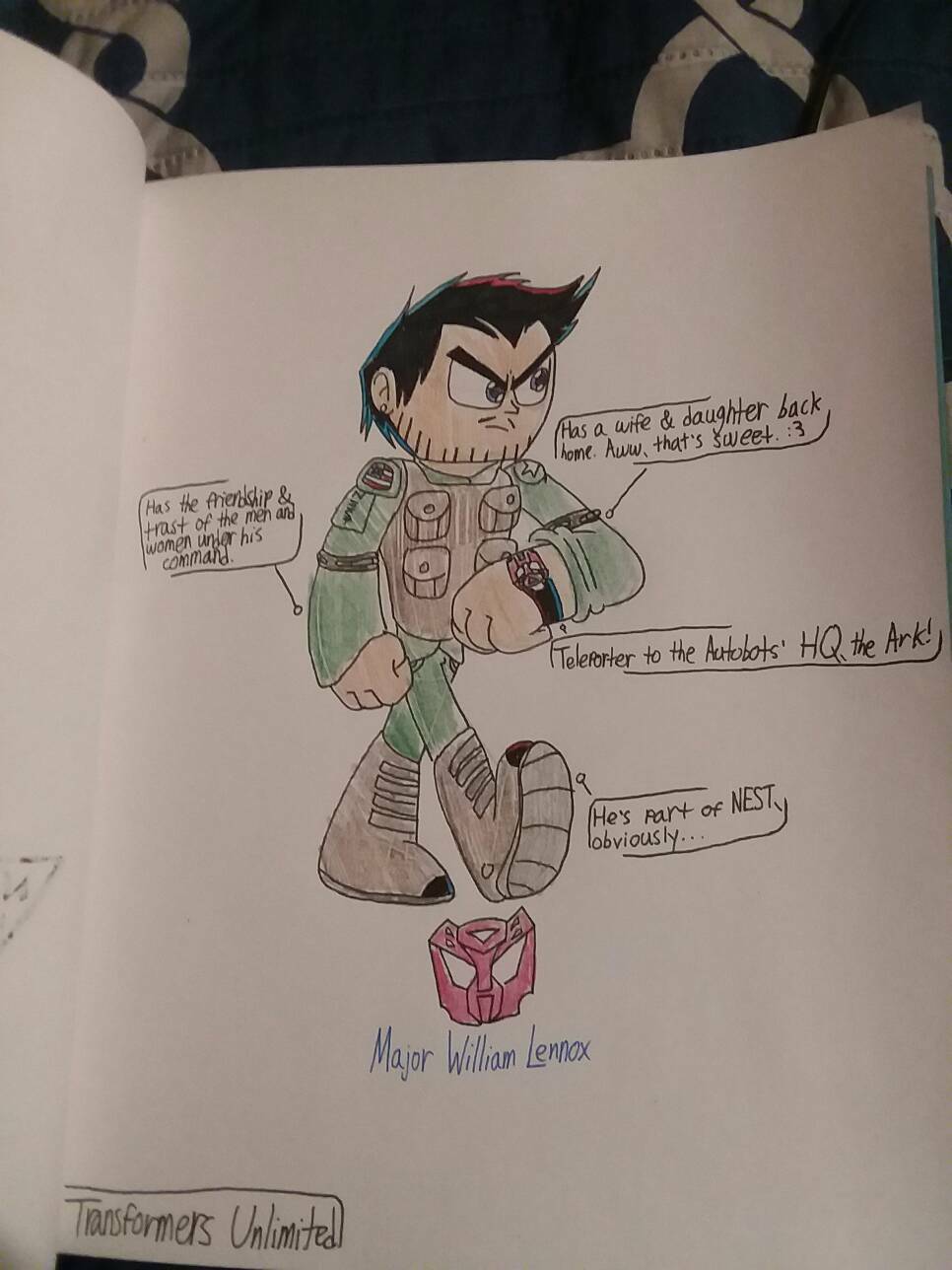 Meet Major William Lennox, a major (obviously) & member of the N.E.S.T. organization. When they first arrived to our world, he surveillances the Autobots. But he then became allies/partners with them after Optimus & Bumblebee saved him during a battle. Major Lennox then provides the Autobots with the tech they need to keep the fact that they're here on Earth a secret, along with working with them to defeat the Decepticons.