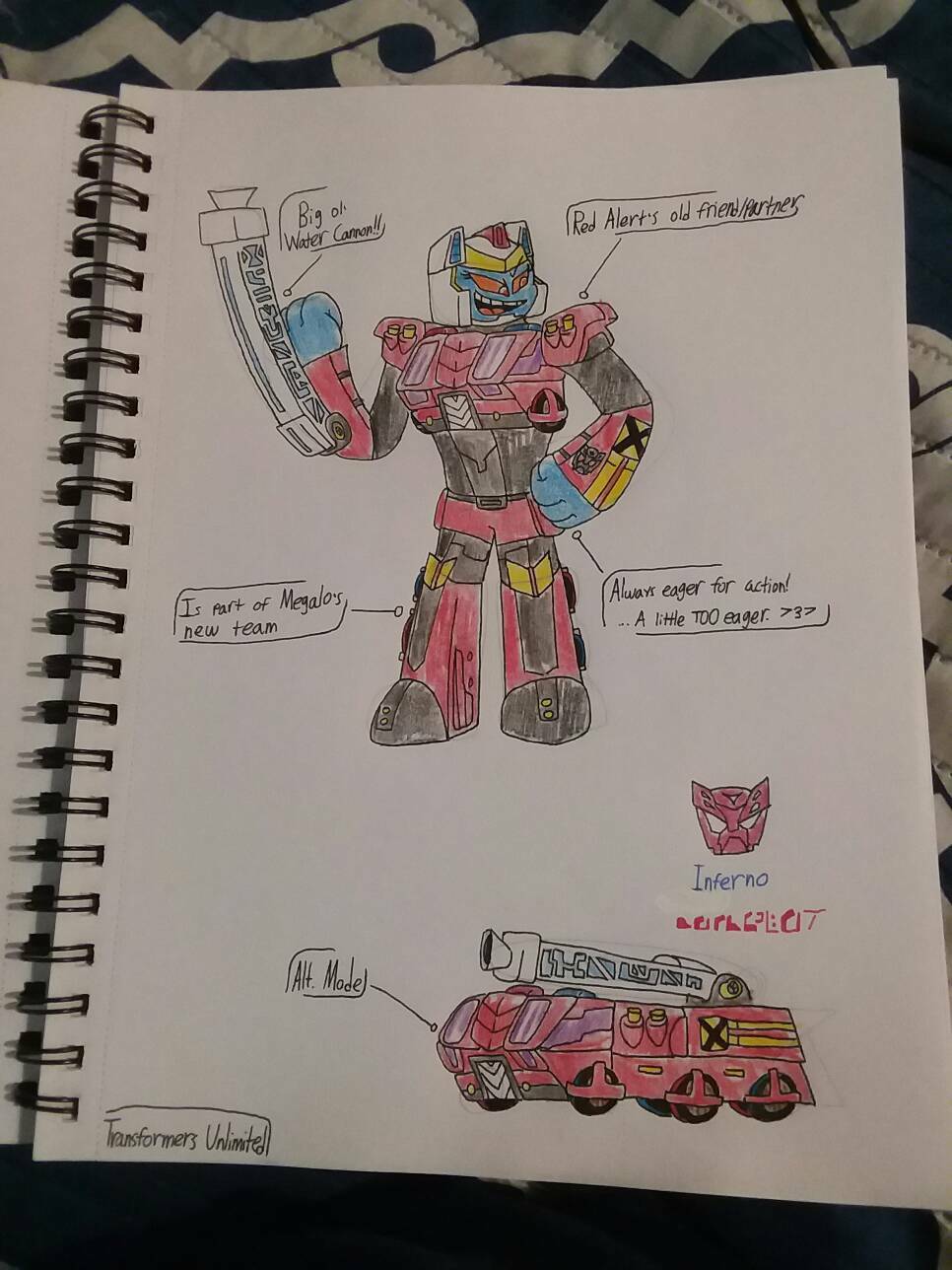 Inferno is a member of Megalo's newly formed team of Autobot fighters. She's a search and rescue operative, but she's known to be so eager for action that she would often leave her job to join her teammates fighting Decepticons and Mercenaries instead. As Inferno says for both fires and battle, "The hotter things get, the better I like it!".