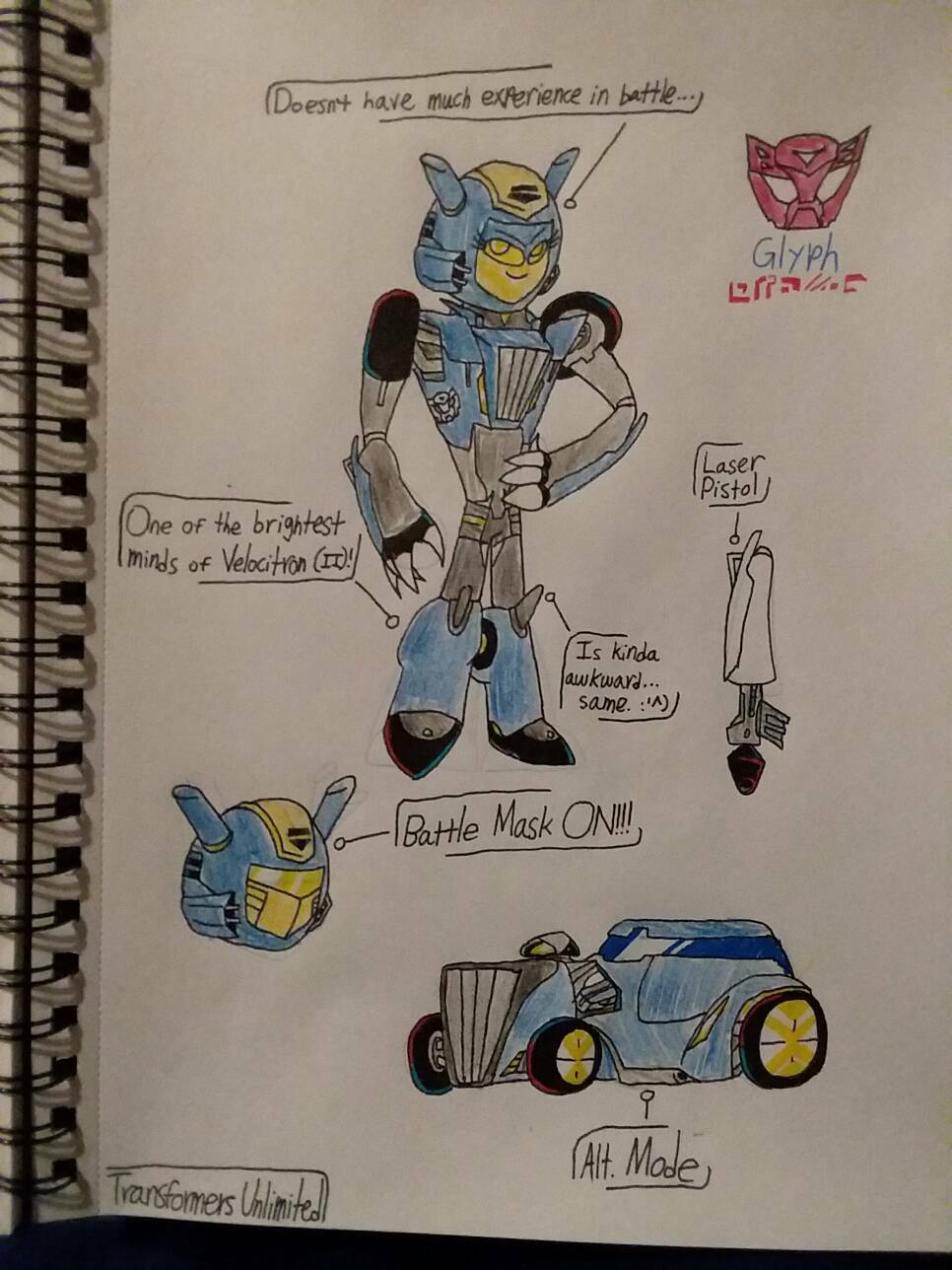 One of the brightest minds of Velocitron (both the original and 2nd one), Glyph is an expert in data decryption, languages, & forensic science. She has a highly exacting eye for even the most minute detail, &, as an archaeometrist, a near-insatiable desire to learn more about alien creatures, current and past. To her, being stranded on an alien planet among its people is a boon, not a curse. She has a tendency to come across as a bit awkward, but she tries to be sociable enough.